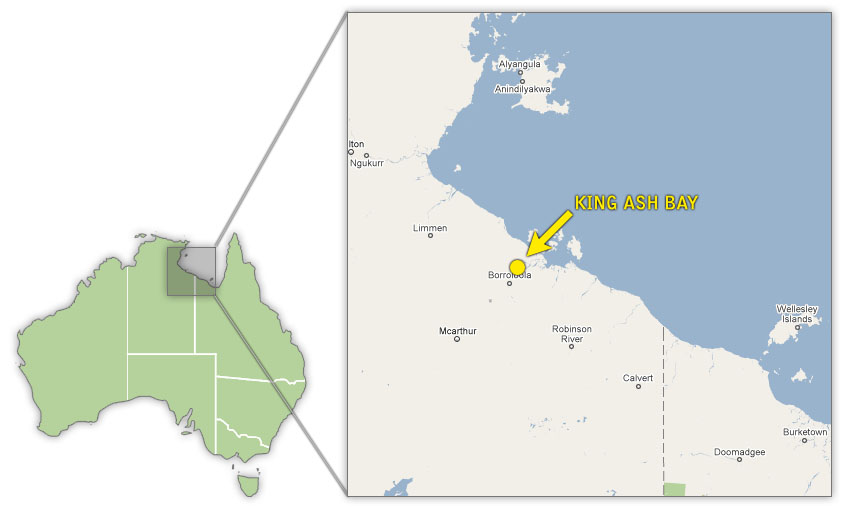 King Ash Bay is a remote fishing club located on the McArthur River, about 45 minutes from Borroloola. Most of the visitors that travel here in the dry season are regulars who come every year and have been doing so for a long time. There are also a few dozen permanent residences here too (mostly converted sheds, but nevertheless very homely) for the lucky few who actually call this place home. 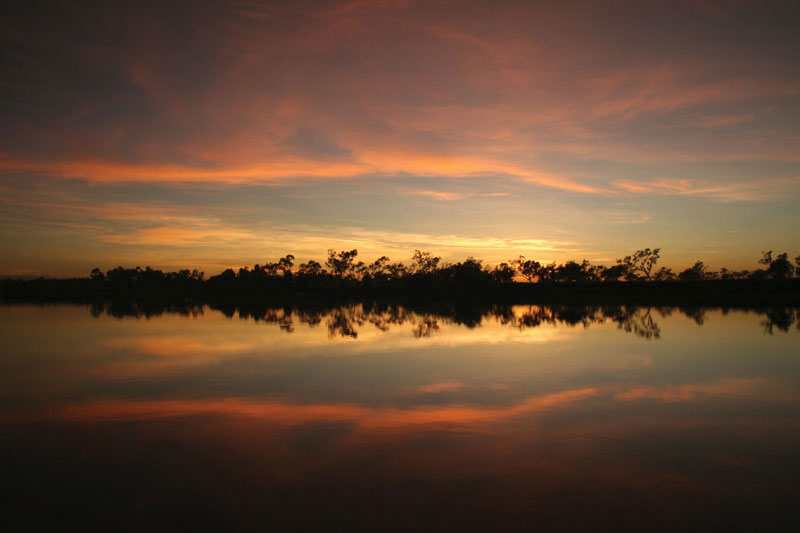 A perfect McArthur River sunrise on the way out for a days fishing. Approx 6am

The community atmosphere here is very friendly and outgoing.

For a remote community, this place is decked out nicely. The club is self sufficient by generating it’s own power via deisel generators and water from a bore located by the dirt road into the camp.

The clubhouse would have to be my favourite part of King Ash Bay. It’s open air (covered by shade sails) fenced area with a bar, seating and is fully lisenced. There is a bistro that is run from next to the bar with great meals at good prices. On our last visit to the club house is was a Sunday night roast, which chicken, vegies and gravy, all for about 15 bucks. The clubhouse is the meeting place of an afternoon to relax, have a beer and compare fishing stories. In peak season, there are usually events on of a night time at the club house too. Anything from live music, to cards nights, darts and trivia nights.

King Ash Bay is most famous for it’s Easter fishing competition. Over the Easter long weekend, the idle population of the ‘town’ swells to several hundred people. Although there are several prizes to be won for the competion, the one you want to win is the BIGGEST BARRA!

The river systems here are both magnificant and (potentially) treacherous. For first timers to King Ash Bay, it is recomended that you go out on the water with someone who knows the waterways. There are sections of the river with rock bars that with a little local knowledge, can be easily avoided.

Most anglers travel towards the mouth of the McArthur River or Carrington Channel then go exploring through the hundreds (maybe thousands) of “sneeky creeks” in the river systems. The fish here are plentyfull. In this area you will catch a miriad of variaties of fish, but most target Barra. 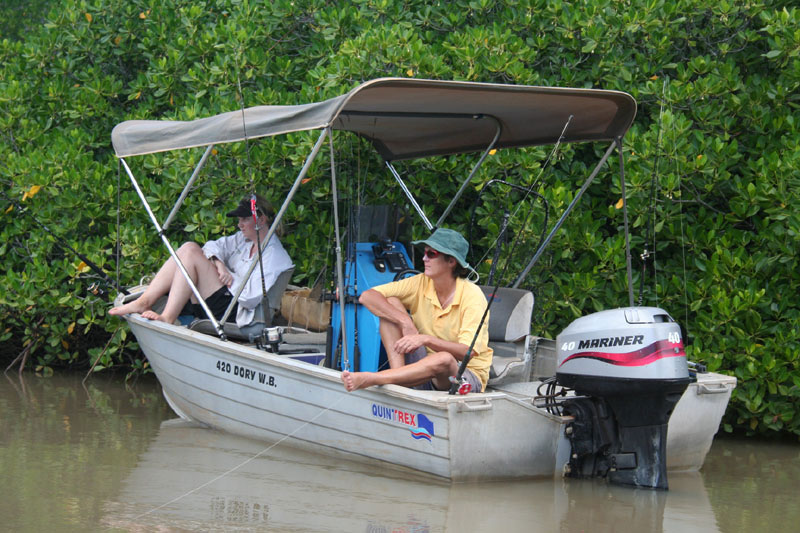 If you have a larger boat, some decide to travel out to the Sir Edward Pellew Group of Islands. Reef fishing can be done here. I have not been out to the islands myself, but I have seen anglers come and weight in their fish at the clubhouse after a day out at the islands. Some of the species included Jewfish/Mulloway, Snapper and Nanagai and Coral Trout. 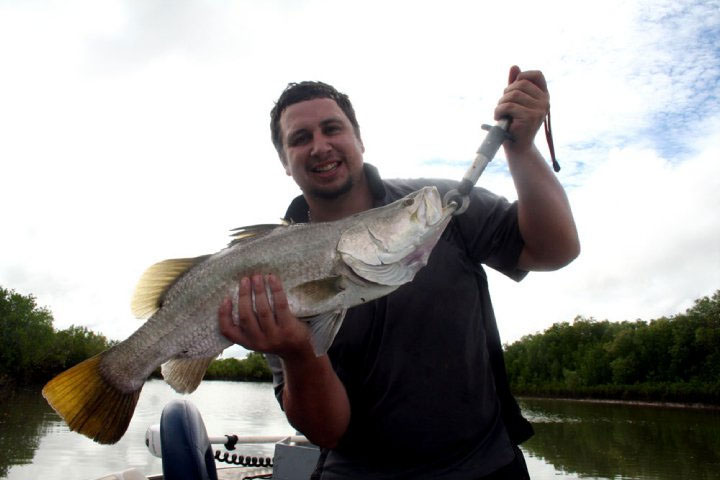 – Salt water crocs – If you want to go smimming, go somewhere else.
– There is bitumen all the way to King Ash Bay except for the last 21km.
– This area can be prone to cyclones. Most visitors travel to King Ash Bay in the dry season.

Links to points of interest in the local area

UPDATE: we have spent 9 months running the kitchen during the 2013 season since this article was written. We now have a category devoted to King Ash Bay called “Our King Ash Bay Experience“. We have more articles on:

Post Views: 6,368
http://www.naivenomads.com.au/wordpress/king-ash-bay-northern-territory/http://www.naivenomads.com.au/wordpress/wp-content/uploads/2012/10/King-Ash-Bay-Aerial-900x675.jpghttp://www.naivenomads.com.au/wordpress/wp-content/uploads/2012/10/King-Ash-Bay-Aerial-140x140.jpg2012-10-13T07:02:26+00:00MikeyAustralian Camping DestinationsOur King Ash Bay (NT) ExperienceState - NTbarramundi fishing,king ash bayWhen the closest major supermarket is a whole days drive away, you are officially in the middle of nowhere. To describe King Ash Bay as secluded is an understatement. The fact is, to travel from my Gold Coast home, it is easier, cheaper and quicker to travel to London...MikeyMichael Cunninghammichael@back9media.com.auAdministratorNaive Nomads