We found Wee Jasper in our camps Australia book. After arriving in Yass we simply followed the signs to Wee Jasper. Although the drive is only 50 km from Yass it still took us a good hour to get there. The drive is quite spectacular. It takes you through windy roads, over hills, through valleys, and over bridges. The area is mostly sheep farming and we passed many thousands of sheep.

After crossing the final bridge you arrive in the very small town of Wee Jasper. You drive past the pub and follow the signs to the camping areas only a few kilometres away. There are several camping areas to choose from we stayed in the one called Billy Grace.

Because it was peak season (Australia Day 2014) we payed $9 per person, per night.

The facilities are basic but adequate, with clean flushing toilets and a separate shower block. There are bins provided to dispose of your rubbish. There is also a playground for the kids that is located nearby to some barbecues. 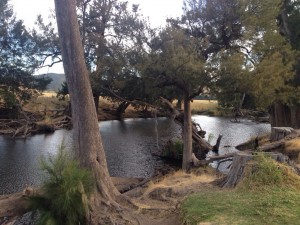 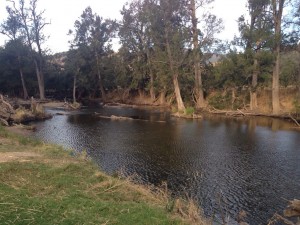 Billy Grace camp area in Wee Jasper is located on the banks of the creek. There are deep waterholes perfect for swimming in, as well as shallow areas with small rapids. Because it was Australia Day while we were there the creek was full of heaps of people enjoying themselves. Kids (and adults) would jump on an inflatable toy and drift down the creek through the gentle rapids. 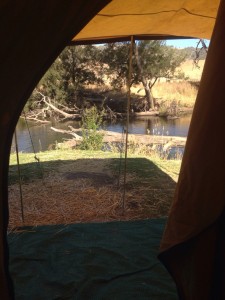 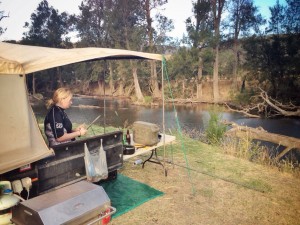 The creek is apparently also good for fishing. It is meant to have Trout and Murray cod in it as well as other varieties of fish. We stayed there four nights and saw dozens of people fishing. We did not witness a single fish being caught. I think if you were there at a quieter time with less people, your chances of catching fish would greatly improve.

There is virtually zero phone reception in the campgrounds. I would randomly receive a text message during the night but sending one was in possible. I even tried zip tying my phone to a couple of tent poles and raising it up as high as I could in the air to try and find some service. No luck.

The camp areas in Wee Jasper are also very dog friendly. When we stayed there almost every campsite had a dog with them. 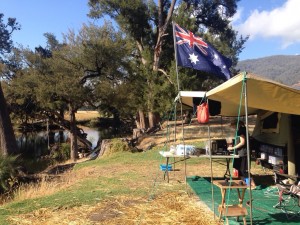 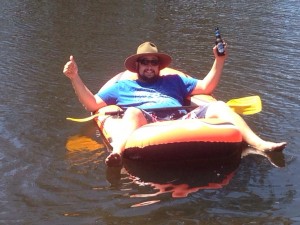 Around the Wee Jasper area there are lots of caves to explore. Because it was Australia Day we didn’t actually go see any caves. We were too busy floating around in the creek drinking beer.