After spending 4 years permanently in the NT it was hard to believe that we had never visited the Daly Waters Historic Pub. When doing road trips in the Northern Territory you tend to drive a bit further in a day. Typically if we are on a drive to the Big Smoke (Darwin) we will drive the 10 hours straight there. So on our last trip we decided to break the trip up by spending a night at Daly Waters. 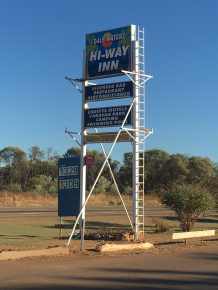 From the Hi-Way Inn head North on the Stuart Highway for just a few kilometers. Your turn off will be well marked and on your left.

The Daly Waters Pub is a sheer delight for the senses. You just don’t know which way to look. Every space of wall and ceiling is covered with interesting stuff. There are loads of vintage photos stuck on the wall, a thong tree, all kinds of foreign money on display and loads of other stuff. 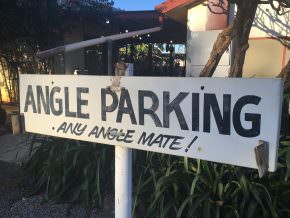 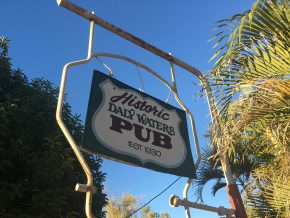 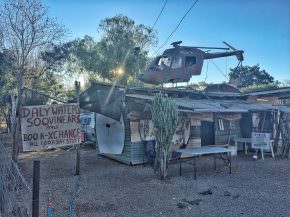 The place is 100% setup for tourists. And they do a fantastic job of it. But what that means for us is that we will probably never go back there. We can say we have been there now and that we enjoyed it, but it has nothing to offer us any more. Don’t get me wrong, I think if you are traveling or touring through the area, you would be mad not to stay there for a night. And you will have a great night too. 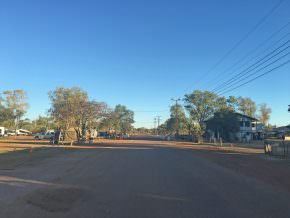 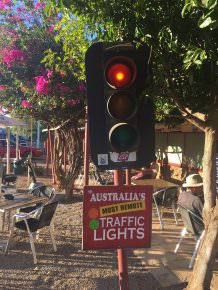 We arrived in the afternoon. It was happy hour and there were quite a few people about having beers. It was a good vibe.

After a few beers we stayed for a feed. We ordered a steak and a schnitty off the menu and it was good. But the Daly Waters Pub is most famous for their Beef and Barra. It was interesting to watch their well oiled machine pumping out their Beef an Barra meals. The Beef and Barra has to be pre-orered and your name will be called when it is ready. The entertainer even stops between songs to give old-mate a chance to read some names out. 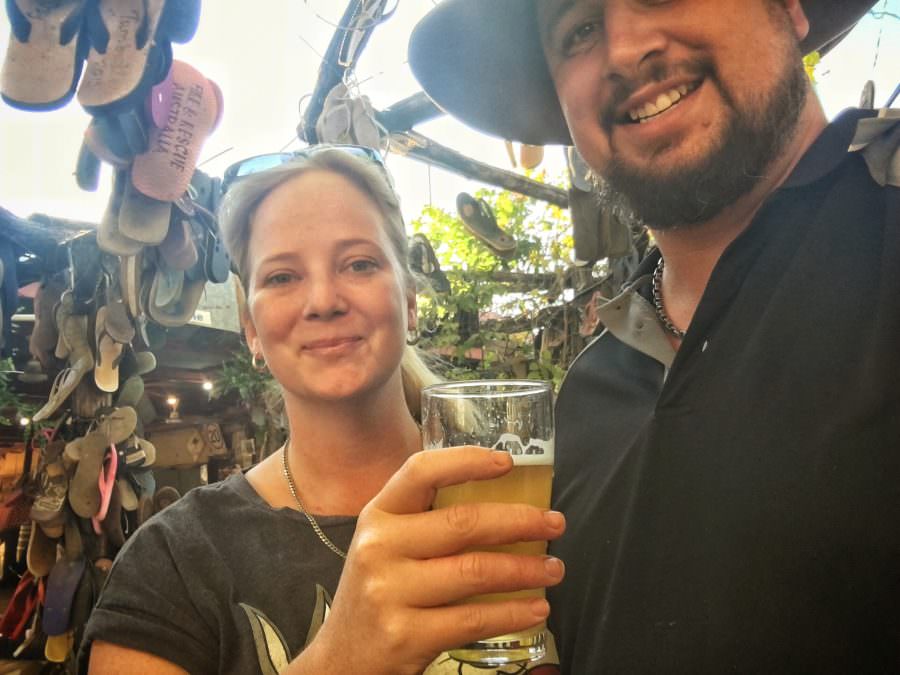 Because we were traveling for business, not pleasure we decided not to tow and we stayed in a cabin. The cabin was perfect. Exactly what you would expect from a modern cabin. Being a Friday night the Broncos were playing. The TV in the room only had one channel, which was showing the AFL. Phone signal was very weak there but somehow I was able to stream the Broncos game on my iPad through the Foxtel Go app. It dropped out a few times, but was good quality while it was working. 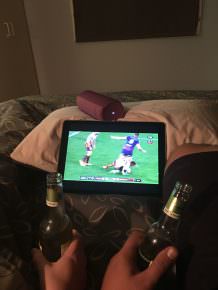 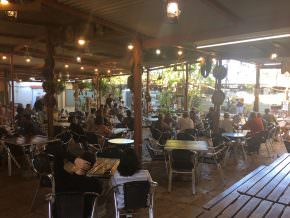 In summary, I think the iconic Daly Waters Historic Pub is a must see destination on your trip round Australia. But one visit is probably enough.