The Sir Edward Pellew Islands are located on the South Western side of the Gulf of Carpentaria. The closest town is Borroloola, which has a few stores, a caravan park and two boat ramps. But most people that go fishing in the Pellew Islands depart from King Ash Bay Fishing Club, which is a small fishing village about 40 minutes by road further down the McArthur River. It’s about an hour by boat. 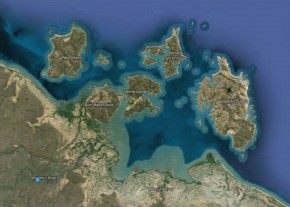 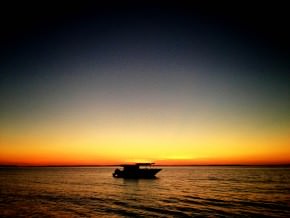 King Ash Bay Fishing Club has a caravan park and a servo with workshop and small supermarket. There is even a bar and grill that is located right near the boat ramp.

The Sir Edward Pellew Group of Islands themselves consist of several large Islands and lots of smaller islets. The biggest of the Islands include Vanderlin Island to the east, North Island and West Island. On a normal good day Vamderlin Island can just be seen once you are outside the mouth of the Crooked Creek. And West Island can be seen from the mouth of the Davies channel. Basically, these are not far offshore islands.

A lot of groups of blokes will use King Ash Bay Fishing Club as a base and head out fishing at the Islands each day for their stay. A lot of blokes head up every year in groups with a couple of boats and head out fishing every day for 10 days or so. A typical boat would be between 5 and 6 meters and would take a solid hour and a half to get out to the top of North Island.

Smaller boats are more common at King Ash Bay including small roof-toppers, but they will typically stay in the rivers and creeks fishing for Barramundi. In really good conditions small boats will venture outside to the Pellew Islands.

If the idea of 3 hours travel (and fuel usage) doesn’t sound very appealing, then there are other options. There are a couple of houseboat companies that operate out of King Ash Bay. Groups of fishermen will tether their boats to the houseboat and head down towards the mouth of the river and moor the houseboat there. That way they use the houseboat as a base or mothership. This cuts a probably 40 minutes each way off your trip each day if you are fishing at the top of the Islands. 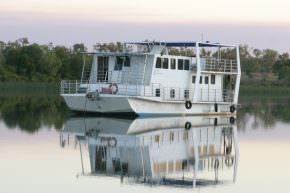 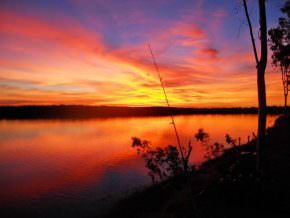 Another option is Wiyibi Fishing and Wilderness Lodge which is located on the Western side of North Island. You can stay in rooms there that have fans and lights. Flushing toilets, BBQ, kitchen and it’s a lovely spot. Only 15 minutes by boat to the top of North Island. I have stayed there a few times and loved it.

There is also free camping at Paradice Bay, which is also on the Western side of North Island. In my understanding there are absolutely no facilities there. 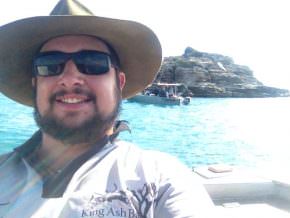 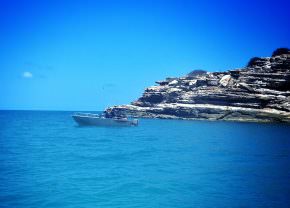 So what types of fishing conditions should you expect when fishing the Pellew Islands?

The further North you go the clearer the water gets. They are mostly rocky islands witch are broken up by beautiful sandy beaches. There are rocky outcrops, bomboras, islets and reefs to explore.

There are no specific “good spots” to mention. There is just so much good fishing territory to explore. If the fish aren’t biting in one spot, go find another.

What type of fish am I going to catch?

This is reef fishing. Most people will bottom bash using a paternoster rig and squid as bait. 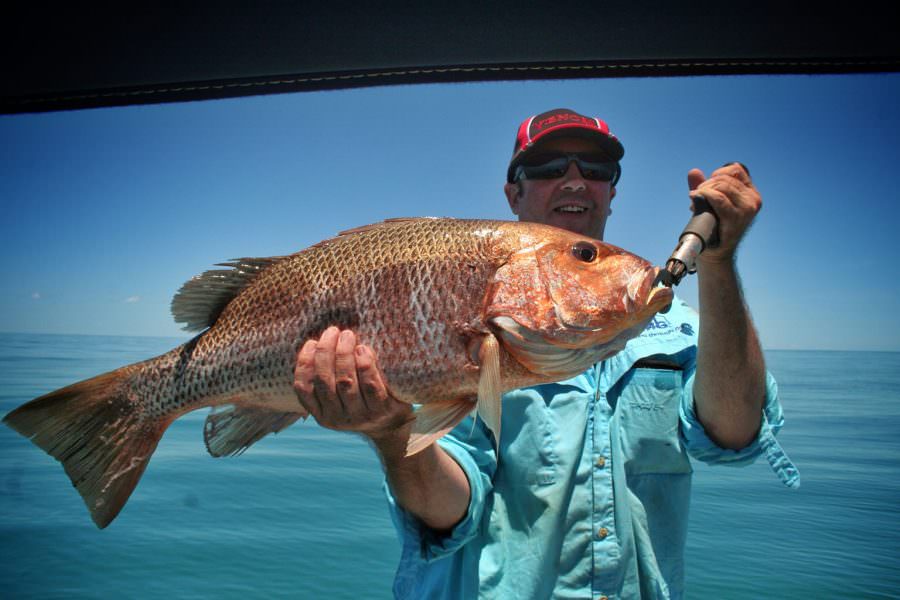 Very common catches are Golden Snapper, Coral Trout and Nannygai. The lucky ones will get onto a big Red Emperor and big Jacks get caught out there too.

When you get sick of catching reef fish, there is loads more Fishing that can be done at the Islands. Troll around some of the rocky outcrops around the islands and have some fun with some big pelagics. 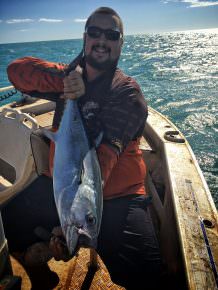 Spanish Mackerel, Travalley and Queenfish get pretty big here. When the tuna are on you can have a whole day of fun catching them all day. Billfish are caught occasionally. Fishing with the missus one time she even got a Cobia off a bombora near Centre Island. 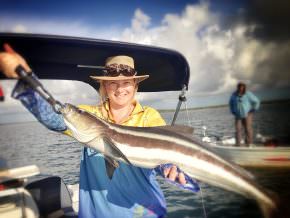 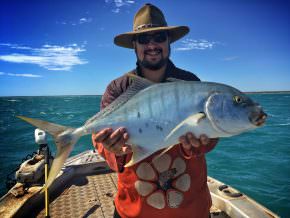 Feel free to ask me any questions in the comments below if you want to know more information about fishing the Sir Edward Pellew Islands or the McArthur River system.